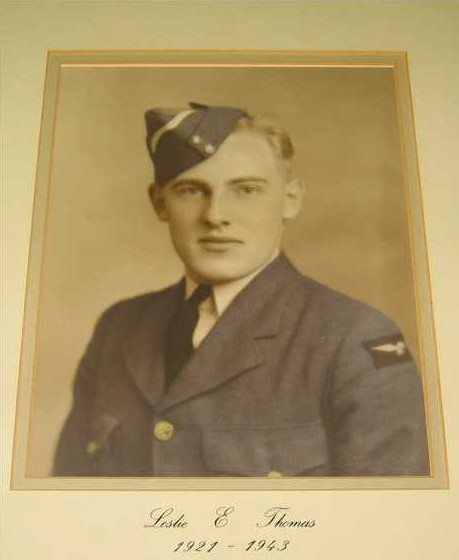 Who Was Leslie Thomas?

In 1975, thirty-two years after the death of Sergeant Leslie E. Thomas, RCAF, of Sackville, N.S., Sackville decided to honour him by naming a school after him, Leslie Thomas Junior High.

Leslie E. Thomas, son of Edwin N. Thomas and Violet Grace Fader, was born on July 2, 1921. He was a student at Lower Sackville School, which was located at the foot of the Sackville Cross Road. When Leslie was 16, he spent the better part of the year in a body cast to straighten a curvature in his spine. Despite this setback, Thomas was a well-liked student who enjoyed life and loved to ski.

Leslie joined the Air Force in June 1941. He was stationed in Yarmouth in July of 1942 and was assigned to #113 Bomber Recon after completing courses in St. Thomas, Ontario and Jarvis, Ontario. Six months later, while on a training mission, the plane that Thomas and four others were on developed engine trouble. The pilot struggled to bring the aircraft, a Hudson #BW 447, back to base, but crashed on landing. All five men died in the fire following the crash. Thomas was 21 and a half years old.

The following is an excerpt from a Halifax Paper that was published in 1943. The document was provided to Leslie Thomas Junior High by the staff at the Fultz House Museum in Lower Sackville.

Wireless Air Gunner, Sergeant Leslie E. Thomas, R.C.A.F., killed in plane crash announced Monday, was buried in the Church of England Cemetery, Sackville, Tuesday. With services at both the home of his parents, Mr. and Mrs. E. N. Thomas, and at St. John’s the Evangelist, the 21 year old airmen’s funeral was one of the largest ever seen in the village. His cortege was nearly a mile long.

Services for young Thomas were conducted by Rev. A. H. Tyres, rector of St. John’s. He was assisted by Rev. Mr. Jones of the Sackville Baptist Church, and by Flight Lieutenant, Coleman, lone representative of the Royal Canadian Air Force. Flowers were numerous.
Sergeant Thomas, in addition to his parents is survived by a half brother, Ralph Webber, Sackville.

The young airman, after completing his schooling in Sackville, joined the Air Force in June 1941. He took a course at St Thomas, Ontario and also at Jarvis, Ontario, graduating in July of last year. For the past six months he has been stationed at Yarmouth. 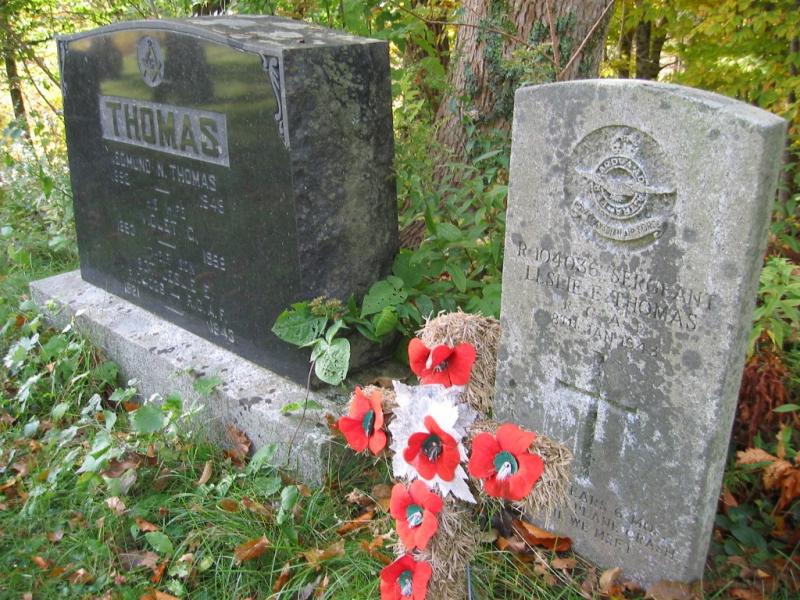 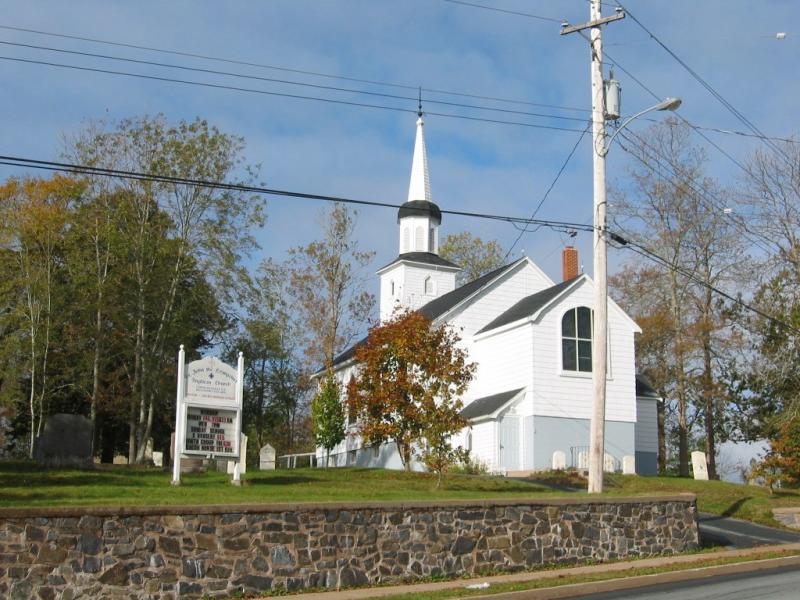